What Makes an Office Collaborative?

Where you work has a significant impact on how you work. I’m not talking about the company you work for, although that also matters, but rather the design of your workspace. It matters, and likely more than you think.

The lighting, chairs, desks, flooring, kitchen, bathrooms, plants, and space design as a whole – everything comes together making a difference in your mood and work performance. The office is where many people spend roughly 90,000 hours of their lives.

It follows that the design of the workspace should provide maximum enjoyment and productivity for a company’s most vital resource: employees.

The dreary office designs of the 80s and 90s continue to plague today’s modern offices. You probably know what I’m talking about – rows and rows of cubical desks. All of which are partitioned and separated actively discouraging collaboration and breeding high-stress work environments. This will ultimately turn off the newer generations of workers hurting productivity in the process.

This is what Steve Jobs walked into when he decided to redesign the offices at Pixar. Computer scientists in one building, animators in their own building, editors and executives in a third. Each area, with its own culture and approach to problem-solving, discouraged sharing of thoughts and ideas. 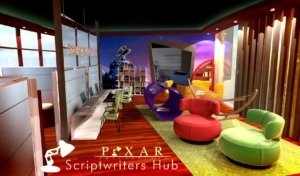 Jobs created what was ultimately a single cavernous office housing the entire team thinking that maybe animators could introduce a fresh approach when the computer scientists were at an impasse, or the executives could learn more of the nuts and bolts of the company if they occasionally spoke to a computer scientist or animator at the water cooler. From this, came today’s modern collaborative spaces.

The evolution of collaborative spaces

The simple addition of collaborative spaces has proven to increase worker happiness, output, and overall wellbeing. That’s not mentioning how small the incurred costs are when implementing shared spaces to outdated corporate office designs. So, let’s dive deeper into collaborative spaces, what they are, and how a small change can make such a huge difference.

An area for all

Past office designs have usually favored segregated workspaces such as cubicles. This approach benefits neither the employees nor the company. Once companies saw the benefit of designing for collaboration, the “open plan” was created swinging the pendulum too far to the other side. 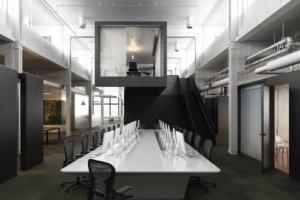 The open plan was one big collaborative space. With walls torn down, long tables replaced desks so employees could sit shoulder to shoulder and share ideas with greater ease than before. Private offices were ditched to eliminate the idea that some people were better than others. All to force people to collaborate, hoping ideas would be sparked more often, ultimately increasing productivity. However, it turned out to be only a myth.

By 2010, approximately 68% of office workers did so in an office with low or no walls, and that number has undoubtedly grown since then.

The vast majority of workers undisputedly hate open-plan offices. They’re noisy, lack privacy, and are distracting due to sensory overload making it almost impossible for many to function. That’s not even mentioning how easily germs were spread when that one person insists on coming to work ill.

Study after study has since shown open plans to almost completely lack any of the benefits they were meant for. In 2018, Harvard Business School conducted a study showing that open plans reduced face to face interactions by roughly 70% and increased email and instant messaging by almost 50%.

Many companies realized there could, in fact, be too much of a good thing. It was shown that too much “us” time from forced collaboration started to leave workers disinterested and less connected. They began to wonder if they were actually contributing anything of value. Arriving at anything refreshing or original became increasingly rare. 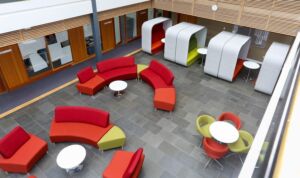 Business’ that relied on collaboration began to seek a balance of “me” time and “us” time. Being careful not to be too invasive in encouraging collaboration; they found “collaboration spaces” to be the ideal middle ground.

These are thoughtfully designed areas where workers are invited to meet and collaborate. They are not open offices, but specific spaces for various departments to connect in neutral territory. A melting pot for ideas where workers from any department and position can solicit proposals and suggestions without any fear of ruffling the corporate feathers.

Three design concepts that balance “us” and “me” space.

There is no “one size fit’s all” with space design and floor plans, nor should there be, but having one or a combination of the following workspaces for collaboration will support a diverse range of working styles:

Also referred to as mixed-scale or mixed-personality rooms included furniture clusters of different styles allowing employees to approach their work creatively. Each cluster has its own personality, such as home-like living rooms or workshop-style spaces. Mixed-use spaces can inspire non-traditional meeting styles while allowing the users to modify the space according to their immediate needs. 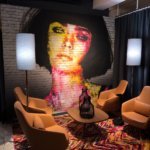 These are strategically placed common areas where employees can socialize while grabbing a snack or beverage. Collision spaces are a place for people to relax and recharge while connecting with others when convenient. To inspire creativity, these spaces should have a distinct atmosphere and different furniture from the rest of the workplace. 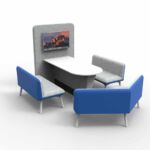 Collision spaces are known to be the prime drivers of a collaborative culture, but they rarely provide a distraction-free space for critical thinking, problem-solving, and innovation. Huddle spaces are small, distraction-free spaces with whiteboards, screens, and flexible seating options which support small groups for brainstorming sessions or individual “me” time work.

What’s best for your workers

Ultimately that is what it is all about: employee wellbeing. Happy employees make a happy company, which then makes happy clients. For the selfish benefit of your business, it’s best to have spaces that appeal to different personalities. The social types thrive in an environment that allows and even encourages the freedom to talk and share, while the more heads-down types are more productive and happier in quiet spaces preferring to collaborate electronically.