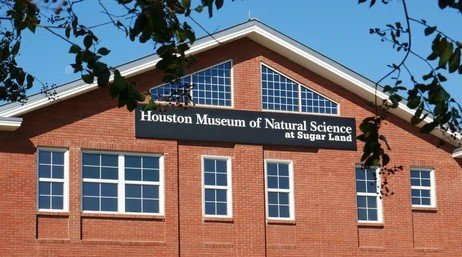 The Houston Museum of Natural Science (located at 13016 University Blvd, Sugar Land, TX 77479) in Sugar Land, Texas is one of the more interesting places you can go to in the area. As a rather large and very extensive museum that neighbors a popular rose garden, the museum is a popular choice for a weekend escape with almost anyone, be it a spouse, kids, or even taking a moment to explore by yourself. Locals to Sugar Land have a fair amount to say about the museum and it’s exhibits, so we’ll explore to find out if the establishment is worth some of your time.

Going to almost any museum is a promising premise for a good outing. People tend to define themselves through the knowledge of acquired experiences, and a museum is probably one of the most informed and intellectual places to expand your horizons in such a way. Of course, museums are quiet places that aren’t well suited to all personalities; they’re a great place for parents to take kids while their minds are still developing. There’s a variety of other reasons to consider going to a museum, which includes many adults who see them as a nice location for an oddball date.

The locals of Sugar Land have made plenty of visits to the museum, and they have a lot to say about their experiences there. Many have complimented the museum for it’s large size and quality displays. According to some visitors, you could spend an entire day going through the museum to simply see everything they have, which is a lot of content to consider. Admission fees are reasonably cheap and parking is free, which makes the establishment a good choice for individuals and families on a budget. The museum is known for having plenty of free performances and displays to watch at Christmas, which is why many visitors enjoy giving it a stop during the holidays.

Of course, the place isn’t perfect, and some visitors had criticism for the museum as well. Some have said that the displays weren’t reliable about describing or even noting what was being shown in certain areas, which was disappointing to some curious patrons. Besides this, the museum has been known to host birthday parties for children in the past, which some viewed as being hectic and disruptive. Others have complained that the pricing model for the museum is overly complicated and gimmicky, especially on kid-centric attractions.

With all of that considered, is the Houston Museum of Natural Science worth a stop? People who live at or pass by the Sugar Land area seem to think so, as the vast majority of reviews from visitors have only good to say. Overall, the museum almost seems more popular with adults than it is with children, but most seem to think it’s a quality experience that’s worth at least an occasional visit. Most seem to have the best experiences here in December, though it’s probably a decent stop at any point through the year.